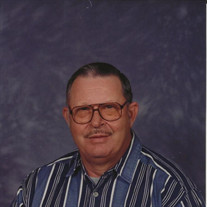 Ripley, MS - William Earl Vick, 83, passed away November 3, 2020, at Select Speciality Hospital in Memphis, TN. He was born on July 24, 1937, to Orlando and Louise Jobe Vick in Ripley, Mississippi. He was a veteran of the United States Army... View Obituary & Service Information

The family of William Earl Vick created this Life Tributes page to make it easy to share your memories.

Send flowers to the Vick family.