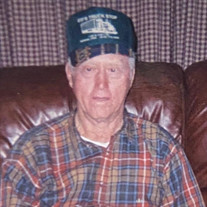 Roy E. Barkley passed away September 5, 2021 at the age of 84 at the Tippah County Hospital in Ripley, MS. He was born September 3, 1937 to Roy David Barkley and Kate Derrick Barkley in Tippah County, MS. He was married to Dorothy Faye Jeans... View Obituary & Service Information

The family of Roy E. Barkley created this Life Tributes page to make it easy to share your memories.

Send flowers to the Barkley family.