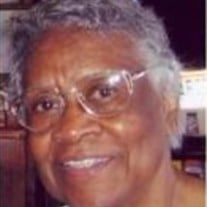 Rebecca Braddock Rencher was born at home, on February 10, 1920, in Tippah County Mississippi, as the third child of ten to George William Washington Braddock and Dessie Adkins Braddock. She passed away on Tuesday, March 1, 2022. One of Rebecca’s favorite activities was playing outdoors with her brothers and sisters. She was very proud of the fact that she was the pitcher on the school’s baseball team and was extremely good. The family farm required a great deal of work. Rebecca’s job was to help clean the house and look after her younger siblings. At the age of nine, Rebecca became seriously ill with typhoid fever and was in a coma for four months. Gradually, prayerfully, thankfully, she was able to make a full recovery. When she was fifteen, Rebecca became the secretary for Adkins Chapel United Methodist Church adult and children’s Sunday school classes. The land for the Church, School, and Cemetery was donated by her mother’s father. After completing school near her home, Rebecca went to Glorene Beauty College in Memphis, Tennessee, to study cosmetology. She practiced for several years and was known to do excellent work with hair care and styling. After World War II, Rebecca met and married Rodell Rencher, in December of 1946. They had two daughters, Elizabeth and Demetria, and one son, Lorenzo, and they lived for 53 years in Saginaw, Michigan. Bethel AME Church in Saginaw was a significant part of Rebecca’s life. Rebecca was devoted to her son, who was diagnosed with Autism and a developmental disability. Rebecca and her husband cared for Lorenzo in their home well into their eighties. They were blessed with 55 wonderful years together until her husband’s passing in 2002. Following Rodell’s death, Rebecca and Lorenzo moved closer to Demetria and son-in-law, Ralph Watson. In 2012, she, Lorenzo, and the Watson’s moved to Houston. Her daughter, Elizabeth also took part in the daily care of Rebecca and Lorenzo. Rebecca was a member of Jones Memorial United Methodist Church in Houston. In her spare time, she enjoyed quilting, sewing, crocheting, knitting, and traveling. Rebecca was blessed with two grandchildren, and six great grandchildren. Rebecca has seen and experienced the Great Depression, World War II, desegregation, man landing on the moon, and our first African American President Barack Obama. She worked at one of his campaign headquarters. Rebecca’s patience, consistent support, many sacrifices, and love she has provided to all her family is so very much appreciated and she will be greatly missed. Rebecca is preceded in death by her parents; loving husband Rodell; son-in-law; siblings William Braddock, Verna M. Ratcliff, Henry Braddock, Ruby Simelton, Evia B. Moore, Eddie Braddock, George Braddock Jr., Talmandge Braddock; and grandson Ralph Jr. She is survived by her daughters; son; sister, Virginia Edgarton; granddaughter Monifa Watson; six great grandchildren, and a host of many other family and friends. Rebecca was deeply committed to the care of her son who has autism and a developmental disability. In lieu of flowers, donations may be made to the Arc, an organization that serves persons with intellectual and developmental disabilities: https://donate.thearc.org/give/169425/?_ga=2.139281845.762362650.1647198594-1560159033.1647198594 - !/donation/checkout

Rebecca Braddock Rencher was born at home, on February 10, 1920, in Tippah County Mississippi, as the third child of ten to George William Washington Braddock and Dessie Adkins Braddock. She passed away on Tuesday, March 1, 2022. One of Rebecca&#8217;s... View Obituary & Service Information

The family of Rebecca Rencher created this Life Tributes page to make it easy to share your memories.

Send flowers to the Rencher family.