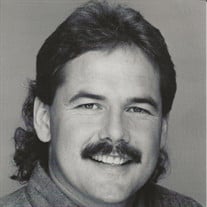 Nashville, TN - In Memory of Willis Jones Lydle Willis Jones, attorney in Nashville, passed away at sixty years of age on June 7, 2020. Born in Ripley, Mississippi, although his family lived in Memphis, on February 27, 1960. His family moved to Falkner in 1968 and he attended school there, graduating in 1978. He excelled in all sports while also being a straight A student. He graduated from Northeast Jr. College and went on to graduate from Hinds Jr. College with a degree in drafting. He moved to Nashville, Tennessee to pursue a four year degree in music business at Belmont University where he obtained his bachelor's degree. He then went on to graduate from Nashville School of Law and practiced Criminal and Juvenile law in Davidson and surrounding counties for the last fifteen years. He was preceded in death by his father, Lydle Flay Jones and his grandparents Lydle and Wardie Jones, all of Falkner, Mississippi. He was survived by daughters, Brittany Bounds (Jeffrey), granddaughter, Adeline, his daughters, Amber Jones, Leah Jones; his mother, Sandra Jones of Falkner; one sister, Tanya Jones of Panama City, Florida; one brother, Ashley Jones (Ana) of Falkner and his sons, Cole Talmage Jones, Nash Jones, and John Harlan Jones. He loved his garden and writing and playing music. At Belmont University he went to school with Brad Paisley who played guitar on some of his demos of songs he wrote. He was associated with Carrie Underwood in her early days before American Idol. He interned with Harlan Howard Music. He also wrote many songs for Curb Music. A celebration of Life was held at Woodmont Hills Church of Christ, in Nashville June 9, 2020 where he taught a large children's Sunday school class. Memorials may be made to Pine Vale Children's Home: 1872 CR 70, Corinth, MS 38834 Love, From His Family

Nashville, TN - In Memory of Willis Jones Lydle Willis Jones, attorney in Nashville, passed away at sixty years of age on June 7, 2020. Born in Ripley, Mississippi, although his family lived in Memphis, on February 27, 1960. His family... View Obituary & Service Information

The family of Lydle Willis Jones created this Life Tributes page to make it easy to share your memories.

Send flowers to the Jones family.