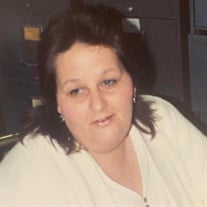 Karen Denise Davis passed away at the age of 57 at her home in Hickory Flat, MS on September 17, 2021. She was born July 17, 1964 in Union County, MS to William Paul Harrington and Alice Lorene Bradley Harrington. She was married to John Davis,... View Obituary & Service Information

The family of Karen Denise Davis created this Life Tributes page to make it easy to share your memories.

Karen Denise Davis passed away at the age of 57 at her home in...

Send flowers to the Davis family.