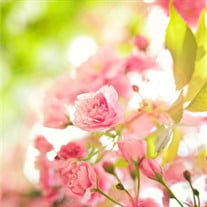 Jennifer Lou Duncan passed away May 16, 2022 at her home in Falkner, MS at the age of 51. She was born August 15, 1970 to John Henry Brooks and Elsie Devore Brooks in Bolivar, TN. Jennifer is survived by two sons: James Stark of Madison,... View Obituary & Service Information

The family of Jennifer Lou Duncan created this Life Tributes page to make it easy to share your memories.

Send flowers to the Duncan family.