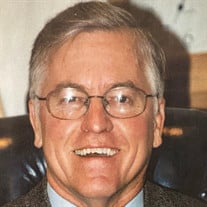 Glendell "Glen" Ray Fann, aged 77, completed his earthly walk on Friday, March 10th, 2022. After a long fight with cancer, Glen continues his service to God in Paradise. Glen was born on March 21st, 1944, to Lehman Fann and Dorothy LaRoe Fann, in Success, Arkansas. He grew up in Caseyville, Illinois and graduated from Collinsville High School. Glen went on to Freed-Hardeman College for one year and then transferred to Harding College for three years where he earned a bachelor's degree in Bible. Glen then advanced to graduate school at the Harding University Graduate School of Religion where he obtained an M.A. in Church History and a Master of Theology degree, a 90-hour program which now is known as the Doctor of Divinity degree. Glen continued his studies and love of learning throughout his entire life. During the 1990's he obtained an M.A. in American History from the University of Memphis and an M.A. in Spanish from the University of Mississippi. In 1971, Glen met Judy Carol Reed at Ashland Church of Christ. After multiple requests they finally went on their first date on February 2, 1972, to see a James Bond film in Oxford, Mississippi. Glen and Judy married in Holly Springs, Mississippi on July 22, 1972. Glen's best friend Dr. Sam Hester performed the ceremony with Joe Moody serving as Glen's best man. Glen loved Judy deeply for almost 50 years. They were blessed with one daughter, Darla Fann Gregory. Glen preached for over 50 years at several Churches of Christ. He preached at Ashland Church of Christ from 1970 to 1974, Corning Church of Christ in Arkansas from 1974 to 1979, Ripley Church of Christ from 1979 to 1992 and from 2000 to 2009, and East Frasier Church of Christ in Memphis, Tennessee from 1993 to 2000. Glen held multiple Gospel meetings across the United States and led mission trips around the globe including in Cuba, Mexico, and England. Brother Fann baptized many members into Christ and conducted hundreds of weddings and funerals. He trained many other men to become leaders in Christ. Brother Fann's ability to quote the scripture was phenomenal; he could quote the majority of the Bible from memory. Glen was an avid scholar throughout his entire life. He loved Christ, theology, history, and language studies. Glen engaged in formal study of Hebrew, Greek, Spanish, and Japanese. He loved fishing, traveling with his family abroad, the St. Louis Cardinals, and gardening. He was a beloved husband, father, grandfather, Pawpaw, preacher, counselor, teacher, student, friend, and servant for Christ. After his retirement as the full-time Pulpit Minister from the Ripley Church of Christ in 2009, Glen helped with the family storage business in Houston where he spent a great deal of time with his grandchildren and family. He taught Bible Classes at the Memorial Church of Christ, fished, gardened, and traveled extensively with Judy, Darla, Andrew, and his grandchildren. Glen is survived by his wife of 49 years, Judy Reed Fann; daughter, Darla Gregory, and her husband, Andrew Gregory; and granddaughters, Caitlin, and Catherine; and grandsons; Nathan, and Aaron Gregory. Glen is survived by his three sisters, Dorris Fann Cox, Bendetta Fann Ogle, and Tammy Fann Asbill. Glen is preceded in death by his parents and infant brother, Stanley Fann. Pallbearers will be: Mike Griffin, Bob Simpson, Bruce Wallis, Andrew Gregory, Nathan Gregory, David Asbill. Honorary Pallbearers are: James Nunnally, Bobby Gross, Eddy Meeks, Jerry Owen Patrick Chapman will officate. Interment at Hillcrest Cemetery in Holly Springs, Mississippi.

The family of Glendell "Glen" Ray Fann created this Life Tributes page to make it easy to share your memories.

Send flowers to the Fann family.