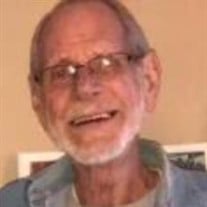 Donald Wayne "Don" Rooker passed away at the age of 78 on November 16, 2021 at Sanctuary Hospital in Tupelo, MS. He was born September 8, 1943 to James Samuel Rooker and Maggie Murry Rooker in Cherry Valley, Arkansas. Don worked for International... View Obituary & Service Information

The family of Donald Wayne "Don" Rooker created this Life Tributes page to make it easy to share your memories.

Donald Wayne &quot;Don&quot; Rooker passed away at the age of 78 on November...

Send flowers to the Rooker family.