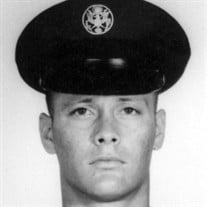 David Earl Kent, 76, of Ripley, died on September 19, 2021 at North Mississippi Medical Center. David was born on March 14, 1945, in Ripley, Mississippi, to Earl Murray Kent and Willard Linville Davis Kent. He attended Palmer School and graduated from Blue Mountain High School in 1962. He then attended Northeast Mississippi Junior College for 2 years. Entering the United States Air Force in 1966, David served as an aerospace ground equipment technician with the 727th Tactical Control Squadron until 1970, then transferring to the United States Air Force Reserves. While serving, he achieved the rank of Staff Sergeant and was honorably discharged in 1972. During his service to his country, he married his sweetheart, Martha Anne Paul, on August 17, 1968.Returning to civilian life, David worked for Futorian Furniture, Benchcraft, and Ashley Furniture until his retirement. He was appointed to the local board of the Selective Service System where he served for more than 15 years. David attended Palmer Baptist Church his entire life and served as a deacon for many years. He was also a member of Gideons International. David is preceded in death by his parents and a grandson: Alex Callum Rhodes. He is survived by his wife: Martha; two daughters: Jennifer Faye Rhodes (Jon) and Dr. Christina Kent Nunnally (Miles); a grandson: James David Nunnally II. The family would like to thank the staff of Tippah County Hospital and North Mississippi Medical Center for their exceptional, compassionate care during this difficult time. Brother Don Wilson and Brother Richie Hatcher will be officiating. Pallbearers will be Barry Hobson, Larry Hobson, A. J. Dupre, Josh Locke, Ben Reeves, Will Gossett. Honorary Pallbearers will be John Edd Brotherton, Larry Elder, Noel Jackson, and Charles Bryant. The family asks that in lieu of flowers, please send a donation to the Palmer Baptist Church, note in the memory of David Kent.

The family of David Earl Kent created this Life Tributes page to make it easy to share your memories.

Send flowers to the Kent family.