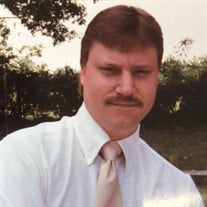 Charles Michael Jennings-James passed away October 6, 2021 at his home in Holly Springs, MS at the age of 62. He was born November 17, 1958 to Charley P. James and Gwendolyn Louise Watkins James in Shelby County, TN. He was married to Carrie... View Obituary & Service Information

The family of Charles Michael Jennings-James created this Life Tributes page to make it easy to share your memories.

Send flowers to the Jennings-James family.